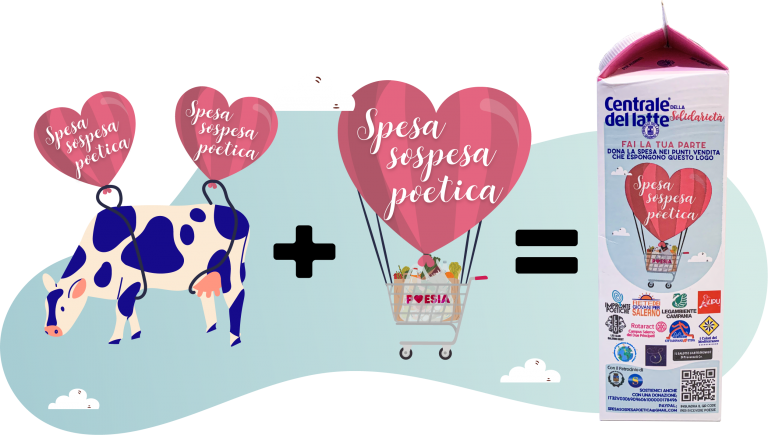 A project that has been going on for more than a year, born in the midst of the pandemic.
I took part in the visual communication part of the Poetic Spending Project (Spesa Sospesa Poetica), an initiative that helps people in need, collecting food and non-food goods with the support of artistic and poetic initiatives.

The most interesting part, which gives life to this presentation, is the creation of a facade of the milk carton of the Centrale del Latte di Salerno, featuring the balloon of Spesa Sospesa Poetica as its protagonist.

The design has the task of recalling what Spesa Sospesa Poetica does and encouraging, through its diffusion, people to donate.

The graphics are recognizable, the colors used from the beginning in the project are in contrast in the context where they are located, thus standing out.

Of vital importance is the addition of a QR Code, which refers to a series of buttons that allow you to make a direct donation or download information material, poetic or otherwise.
By clicking on the image below you will be rendered to the QR page. 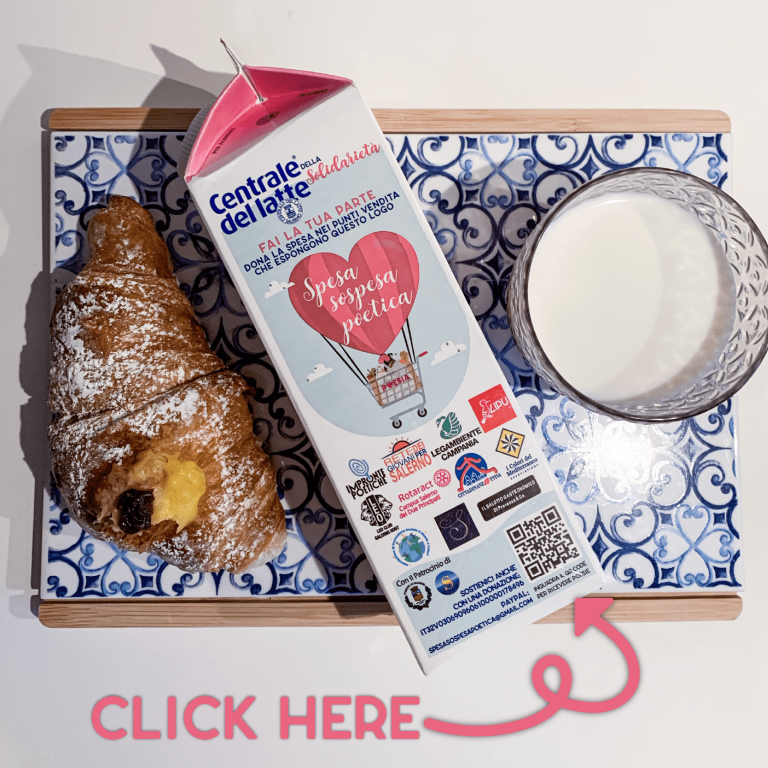 A stopper was also created to accompany the milk carton, with the task of attracting customers to the refrigerated counter

The project was live for 2 months, covering over 2000 points of sale.

I will certainly continue to work on this project, this, at least so far has been one of the most interesting parts, I have really learned a lot in the process of creating the graphics on a complex thing like the Tetra Pack.
I had a lot of fun making it